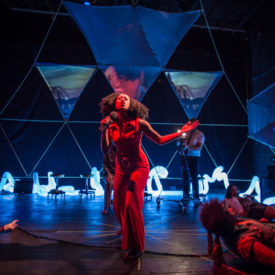 A Host of People

Re-Release Party is theatrical performance rooted in the 1977 project led by Carl Sagan and a dynamic team of scientists and artists who created the Golden Record, a phonograph record which attempts to communicate the story of life on earth for extraterrestrials and future humans. Read More