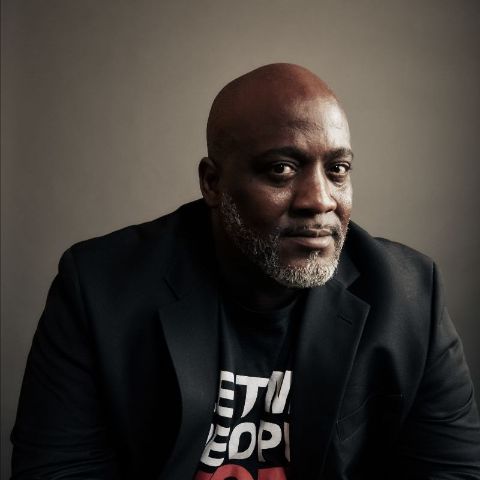 While the myth of voter fraud and a “stolen” election continue to hold sway with a large segment of the American populace, the reality of voter disenfranchisement continues to threaten our democracy. The right to vote, and to have free and fair elections and access to the ballot, are core values of our democracy to which we aspire. With state, city, and tribal elections approaching throughout the country in November, we’re focusing this month’s Spotlight on some of the critical work our grantees do to uphold the democratic process and push back on its real — not imagined — infringement.

In the summer of 1964, Andrew Goodman went to Mississippi as part of the mobilization of civil rights workers to register African American voters known as Freedom Summer. On his first day there, he and his colleagues James Chaney and Michael Schwerner were murdered by the Ku Klux Klan with the aid of local law enforcement. As Barack Obama said when awarding them the Presidential Medal of Freedom, the work in which they were engaged did not end with their deaths, but rather has grown exponentially since then. The Andrew Goodman Foundation (AGF) was founded in their memory to harness the power of youth to vote, register others, and create electoral reform. Each summer, Puffin support enables students to be trained and receive stipends for working as Campus Ambassadors at their colleges and universities (including 25 HBCUs), educating and empowering their fellow students through the Vote Everywhere program. The recently created Andrew Goodman Puffin Foundation Fellowship is a 2 year program to train and mentor emerging civic leaders. Ongoing support from The Puffin Foundation has enabled AGF to grow into an organization with national impact.

One of the first grants made by the Puffin Foundation was to Paul Loeb in support of his wonderful book Soul of a Citizen. Paul went on to found the Campus Engagement Election Project (CEEP) in 2008 with the novel idea of providing stipends directly to students at college campuses across the country so that they could register their peers to vote, educate them about candidates and important issues, and help turn them out at the polls. That effort has now been re-branded as Civic Influencers.  Since CEEP’s inception, Puffin funding has helped them to greatly expand their presence on campuses throughout the U.S. and increase student participation in the electoral process.

You Can Vote is an organization in North Carolina with the motto “Educate, Register, Empower.” Our most recent grant supports their new Build to 4/24 project, which will target NC voters under 40 and motivate them to vote in all 4 elections between now and 2024. You Can Vote just released an engaging short video that gives an overview of what they do. Check it out here!

Greg Palast’s stylistic reporting exposes the ongoing effort by many election administrators across the country to disenfranchise voters. Puffin support has helped Palast gather evidence that’s played a decisive role in the abandonment of Crosscheck, one of the heinous tactics used to remove eligible voters, by several states including Illinois, Colorado, and Massachusetts. His research has also been used in legal actions taken on behalf of purged voters, for example the one in Georgia that was joined by civil rights leaders from organizations such as the NAACP which contested the elimination of 1 in 10 voters from the polls.

Desmond Meade was awarded the Puffin Prize for Creative Citizenship in 2020 for his grassroots organizing on behalf of returning citizens like himself. The 2018 passage of Amendment 4 in Florida restored the voting rights of over 1.4 million formerly incarcerated citizens. In January of 2021, Meade, the author of Let My People Vote and the winner of a MacArthur “genius” Fellowship, sat down with Andrew Lee, The Puffin Cultural Forum’s Director, and Neal Rosenstein, The Puffin Foundation’s President, to talk about his astonishing personal story and how successful political movements like that of the Florida Rights Restoration Coalition can be built on human connection and love.