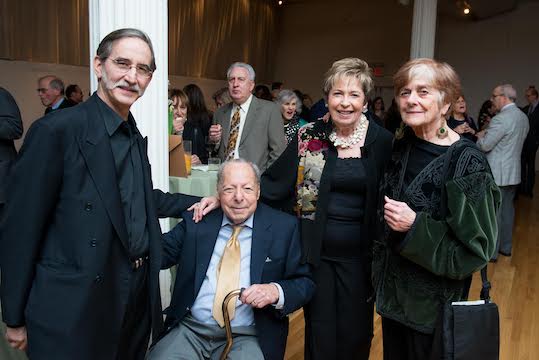 The Puffin Foundation and The Nation Institute co-sponsor the prize, given to an individual who has challenged the status quo through distinctive, courageous, imaginative, and socially responsible work of significance. Recipients are drawn from a broad range of occupations and pursuits, including academia, journalism, public health, literature, art, the environmental sciences, labor, and the humanities. The prize is intended to encourage the recipients to continue their work, and to inspire others to challenge the prevailing orthodoxies they encounter.

Professor Piven is an internationally renowned social scientist, scholar, and activist whose commitment to poor and working people, and to the democratic cause, has never wavered. She burst onto the national scene as a strategist and defender of the welfare rights movement and her subsequent professional accomplishments in the world of academia place her among the ranks of the most important social scientists of the last century. Prof. Piven has spent a lifetime working with grassroots groups concerned with different facets of poverty and inequality. Her work has bridged the worlds of academia and social activism to advance humanizing social policy reform, making her an ideal choice for The Puffin/Nation Prize.

Prof. Piven’s groundbreaking research with Richard A. Cloward on the American welfare state, Regulating the Poor: The Functions of Public Welfare, received front-page coverage in the New York Times Book Review and ignited a scholarly debate that reshaped the field of social welfare policy. In 2011, upon the fortieth anniversary of the publication of Regulating the Poor, she received a commendation from the New York State Legislature, which, in keeping with its time-honored traditions, recognized her as one who had distinguished herself in her profession and dedicated her life to improving the lives of others.

Her published work has analyzed the conditions under which the disruptive actions of the poor influenced the foundation of the modern American welfare state (Poor People‘s Movements: Why They Succeed, How They Fail, co-authored with Richard A. Cloward), and proved necessary to the advancement of progressive social policy and political reforms (The Breaking of the American Social Compact, also co-authored with Cloward, and Challenging Authority: How Ordinary People Change America). She is also the author of The War At Home: The Domestic Costs of Bush‘s Militarism, Keeping Down the Black Vote: Race and the Demobilization of American Voters (with Lorraine C. Minnite and Margaret Groarke), and Who‘s Afraid of Frances Fox Piven?: The Essential Writings of the Professor Glenn Beck Loves to Hate, among other important titles.

Taya Kitman, Executive Director and CEO of The Nation Institute said, “Frances, with her incredible energy, is an inspiration who has led by example throughout her career and to this day. Her passion in speaking out and speaking up for the working class, her seemingly endless dedication to fighting for the poor, and her courage in the face of vicious criticism make her the perfect choice for the prize. With Republicans sweeping into control after the midterm elections, her work and voice remain as vital as ever. We’re very honored to award her The Puffin/Nation Prize.”

“I’m thrilled, of course, by the honor of receiving The Puffin/Nation Prize for Creative Citizenship,” said Prof. Piven. “And I’m proud to find myself in the company of the strong-minded and accomplished individuals who have received the award before me. We live in dangerous times when the prospects of a thriving democracy are very cloudy. Nevertheless, there are glimmers of hope. We see them in emerging protest movements around the world to preserve the planet and achieve a measure of social justice for excluded and oppressed peoples. But we also see them in the creative and artistic work of people supported by organizations like the Puffin Foundation, and in the bold and challenging voices of the writers and journalists who publish in The Nation. Indeed, for half a century I have considered The Nation my magazine, the place where I want to publish and where I can read the work of other engaged people on the Left. Writers and artists can nourish the movements that will make another world possible. This is what I have tried to do, and I appreciate the recognition of my efforts by The Puffin Foundation and The Nation Institute.”

Perry Rosenstein, President of The Puffin Foundation Ltd., the co-sponsor of the Creative Citizenship award, said, “As a frontline fighter for equal rights for all, a lifetime leader who has strived to create a society free from prejudice and discrimination, Frances Fox Piven exemplifies the spirit of The Puffin/Nation prize. Her innovative work across disciplines, from her impactful activism to her influential teaching career, has moved us closer to such a society. We’re thrilled and honored to present Frances with the 2014 Creative Citizenship Award, with the hope that the prize helps her continue her impassioned and inspiring fight for a more fair and more just community.”

Since its founding in 1983, The Puffin Foundation has sought to open the doors of artistic expression by providing grants to artists and art organizations who are often excluded from mainstream opportunities due to their race, gender, or social philosophy.

For more information about the prize, please visit:http://www.nationinstitute.org/puffinnation/.