“Vote Yes on Woman Suffrage.” “Apathy is Fatal to Freedom.” “The Other 99%.” These declarations charting the trajectory of social justice movements in the city can be found at the exhibition “Activist New York” as part of a digital display showing several generations’ worth of sloganeering buttons.

The show begins with the Flushing Remonstrance, a 1657 petition to Peter Stuyvesant, director-general of the Dutch colony in New York in which several citizens requested an exemption to his ban on Quaker worship. Though their appeal was denied, the document is celebrated as an early signal flare of religious freedom in the United States.

While the exhibition also highlights other social justice events in the 18th and 19th centuries, including New York’s role in the Abolition struggle, it’s when it enters the 20th century that things start to feel deeply, sometimes weirdly, familiar. The suffragettes, who took to the streets at the start of the century, utilized costumes, street performance and printed ephemera to play with perceived gender roles and take advantage of a nascent, spectacle-hungry mass media (one photo shows protesters dressed as maids, their sign reading “Are Politics Dirty? Then Call in the Cleaning Woman”). Elsewhere in the show, a 1970 photo portrays a clash between left-wing protesters on Wall Street and workers constructing the new World Trade Center.

This sort of show — an artifact-laden historical overview — runs the risk of becoming stale and overstuffed, but “Activist New York” stays compelling due to a careful selection of images and objects and an effort to find ­a through line straight into the present. The section devoted to early 20th-century labor includes a vintage shirtwaist — the thing forever associated with the infamous Triangle Shirtwaist Factory fire — a loose-fitting garment meant to be physically freeing for working women, symbolizing all at once the blessings and yokes of the industrial age. Nearby, there’s a haunting rendition of “Die Fire Korbunes (The Fire’s Sacrifices),” a 1911 song about the Triangle fire, as performed by Metropolitan Klezmer just last year.

“Activist New York” insists that art has long been linked to activist struggle. A section on Depression-era political theater gives a quick glimpse of the radical arts community that inspired definitive American dramatists like Elia Kazan, Arthur Miller and Orson Welles. In the section on mid-century civil rights, there’s a poster for a massive benefit show at the Apollo, meant to help Harlem residents get to the now-legendary 1963 march on Washington. (Among many others, the concert included Thelonius Monk, Art Blakey, Quincy Jones and Stevie Wonder. Not bad.) Personally, my favorite moment in the exhibition is Clay Lancaster’s 1966 slideshow of sun-drenched Brooklyn streets, which he would present as a sort of simulated walking tour for the sake of historical preservation.

So, what about right-wing activists? Yeah, they’re in there, too. A section on mid-19th-century anti-immigrant politics includes a stomach-turning assortment of beautifully drawn newspaper cartoons promoting vile racial stereotypes. And a section on ’60s-era counter-radicalism includes National Review pro-Vietnam editorials and anti-pornography flyers (“We’ve had enough smut”).

Coming into the present, a section on bicycle advocacy includes digital videos from the environmentalist group Times Up!, with sweaty Critical Mass rides and noisy police aggression — the internet-ready quickness of these videos make for an interesting contrast with the more stoic documentary films of earlier eras. The exhibition ends at Park51, with vitriolic anti-Islam flyers reminding us that beneath the facade, ours is a city of open wounds.

“Activist New York” gets its strength not from the major touchstones so much as from the little bits and pieces — the things that look like they could’ve been picked up off the street, coming to us now after decades of careful archiving. From the handwritten “freedom diplomas” of civil rights-era school boycotts, to the DayGlo pins of ’70s gay rights ralliers and the grainy videos of protesters in Union Square. Throughout the show are computers linked to current organizations like Make the Road New York, Planned Parenthood and the Association for Union Democracy. It becomes clear that modern activists are building on past efforts, even when those past efforts weren’t always successful.

If you’ve ever spent all day in the rain at a protest that had a lackluster turnout, or spent weeks opposing a dangerous new bill that ended up getting passed into law without a hitch, then this show is for you; it’s so you can remember that these actions, ultimately, mean something. The city is a better place for it.

Link to the Indypendent and the original article here. 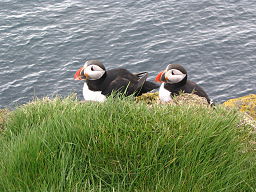