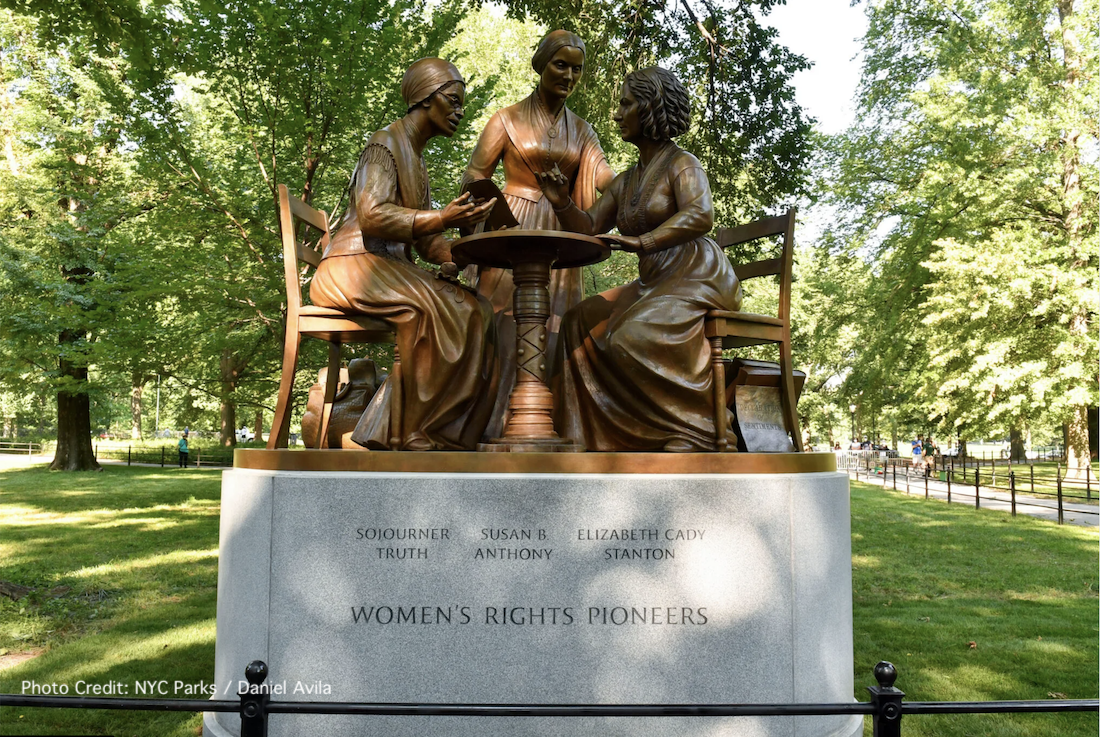 Planning a visit to New York City’s Central Park?  Make sure to take in the park’s newest monument depicting Women’s Rights Pioneers Sojourner Truth, Elizabeth Cady Stanton, and Susan B. Anthony.  The statue was recently unveiled on the 100th anniversary of the ratification on the 19th amendment which granted women throughout the US the right to vote. (Of course, this right didn’t become a reality for many Black, Native American, and immigrant women — and men — for four more decades.) Located on “the Mall” to the east of Sheep Meadow, just north of the 65th Street Transverse, the monument represents the first depiction of actual, non-fictional women in the park (sorry Alice in Wonderland), and the park’s first depiction of an African-American. In fact, it is only the 6th statue of women amongst 150 in New York City’s public spaces.

Puffin was an early supporter of the project, and we’re all looking forward to viewing it in-person. But for those of you who aren’t in NYC, you can learn more about the statue here, including comments and links to videos by some contemporary Monumental Women including Meryl Streep, Secretary Hillary Clinton, Rita Moreno, America Ferraro, and Viola Davis.