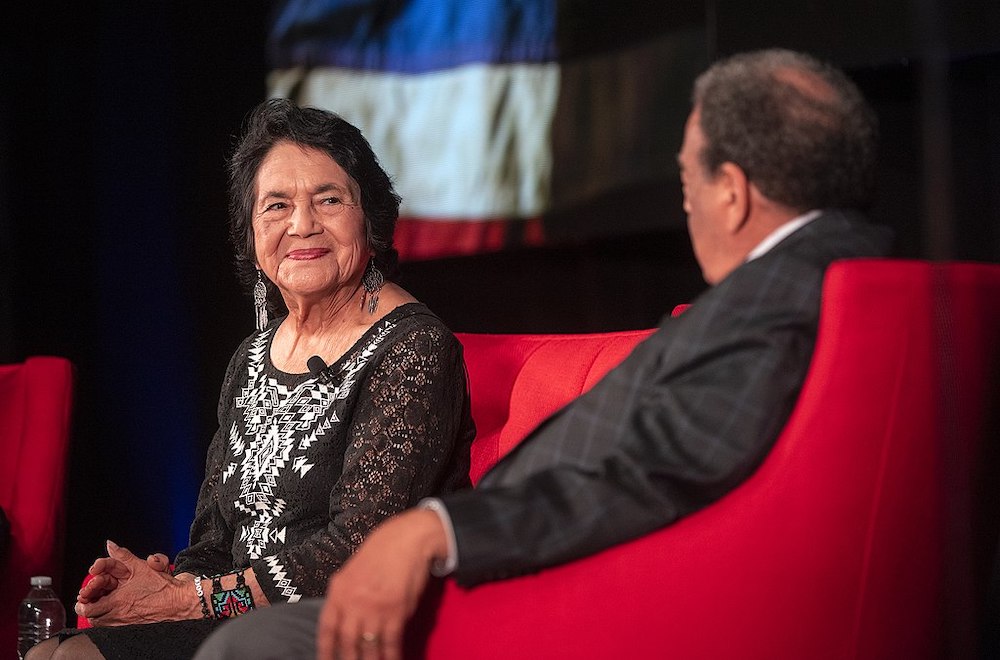 Dolores Huerta is a celebrated figure in the history of the American labor movement. Today she works as tirelessly on behalf of some of the poorest workers in the country as she did in the 1960s, when she and Chavez organized the grape boycotts that won the farmworkers nationwide support. When the union forced the first grape grower to the bargaining table in 1966, it was Huerta who negotiated the contract.

In 2002, Huerta was instrumental in insuring that California Governor Gray Davis signed landmark legislation, despite heavy opposition from growers, that mandates the broadest reforms for farmworkers in 25 years. Huerta led hundreds of workers on a 165-mile march to the state Capitol steps, where they staged a weeks-long vigil until Davis signed into law a measure that forces growers into mediation when negotiations fail. Huerta’s long history of putting herself on the line, in marches, demonstrations and strikes, has helped the union win other important victories, including workers’ disability insurance, bilingual voting ballots, unemployment assistance and the right to organize and protest.

Huerta’s fearless advocacy has also landed her in the hospital. At a 1988 protest against the lack of safeguards for workers who are exposed to pesticides in the fields, she was beaten so severely by San Francisco police she had to be rushed into emergency surgery. The attack was captured on videotape, and the resulting publicity helped push through reforms for police crowd control. She is the daughter of Alicia Chavez, a businesswoman, and Juan Fernandez, a union/political leader, who instilled in her a sense of social justice. Herself the mother of eleven, Huerta worked long hours when her children were small, and was often away from home. Huerta, who now has 14 grandchildren and five great-grandchildren, is an energetic activist for gender equality and women’s reproductive rights and is committed to a women’s leadership movement.

Photo via Public Domain. Longtime civil rights leaders Dolores Huerta and Andrew Young discuss their social justice efforts at The Summit on Race in America at the LBJ Presidential Library on Monday, April 8, 2019.