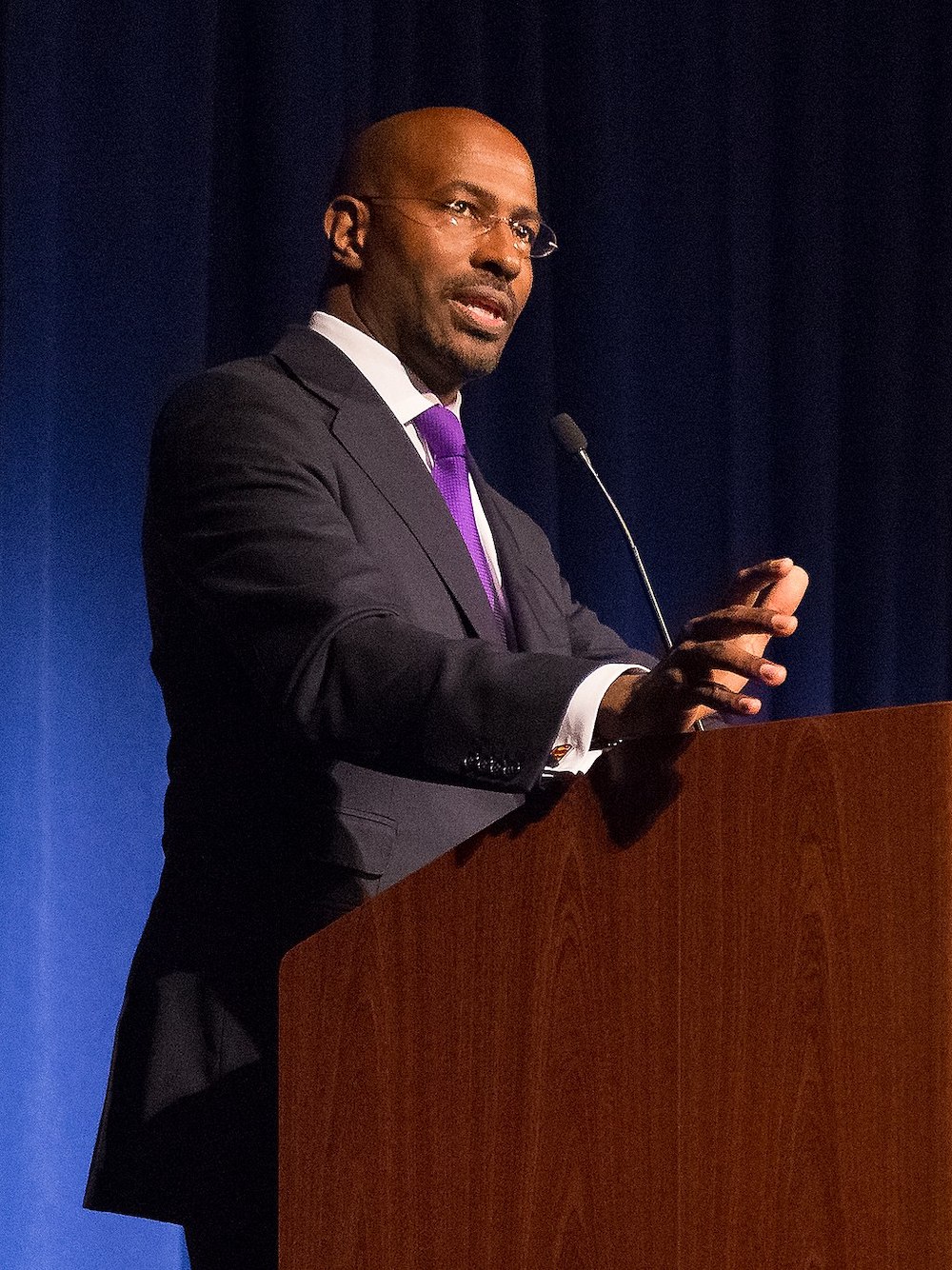 Environmental activist, author and social entrepreneur Van Jones is the 2008 recipient of the $100,000 Puffin/Nation Prize for Creative Citizenship. A champion for the toughest urban constituencies and causes, Mr. Jones is the founder and president of Green For All, a national advocacy organization based in Oakland, California, that is committed to building an inclusive, green economy that can lift millions of people out of poverty. He is also the author of The Green Collar Economy (Harper One, 2008), an adaptation of which was the cover story in the November 17 issue of The Nation magazine. Mr. Jones will receive the annual award on December 8 at The Nation Institute Annual Dinner Gala in New York City.

This year, Green for All partnered with Al Gore’s Alliance for Climate Protection to launch the Green For All Academy. The academy trains U.S. grassroots leaders to effectively advocate for an inclusive, green economy. On September 27, Green For All worked with national partners to produce “Green Jobs Now” – the first-ever “national day of action” calling for green-collar jobs in the United States. More than 600 communities in all 50 states participated, with more than 50,000 signing a petition that called for federal government action to spur green jobs.

“The economic recession has seriously affected all the cultural and educational institutions in our country,” said Perry Rosenstein, President of the Puffin Foundation, Ltd., the co-sponsor of the Creative Citizenship award. “A green “tidal wave” of reconstruction of the American economy can lead us out of this dilemma. Van Jones is pointing the way. We are proud to honor his leadership.”

Hamilton Fish, the President of The Nation Institute, which co-sponsors the prize, said, “In a year of change, Van Jones offers an integrated, progressive blueprint that simultaneously promotes jobs, environmental stewardship, and economic progress. He has arrived to pull us back from the brink.”

Each year, The Puffin Foundation Ltd. and The Nation Institute recognize an individual who has challenged the status quo through distinctive, courageous, imaginative and socially responsible work of significance. Candidates are found in a broad range of occupations and pursuits, and the award is intended to encourage the recipients to continue their work, and to inspire others to challenge the prevailing orthodoxies they face in their careers. Mr. Jones is the 8th winner of the prestigious award. Previous recipients are human rights lawyer Michael Ratner, Democracy Now! host Amy Goodman, educator and author Jonathan Kozol, journalist and author Barbara Ehrenreich, professor and anti-death penalty advocate David Protess, labor activist Dolores Huerta and civil rights pioneer Robert Parris Moses.

Mr. Jones, the 2008 recipient of the prize, said, “I am so honored to receive this award and feel especially humbled to be in such esteemed company. With this support, I will continue my efforts to accelerate green economic solutions in disadvantaged communities.”

In addition to his work on environmental advocacy, Mr. Jones has also co-founded the Ella Baker Center for Human Rights and Color of Change. The former advocates for juvenile justice reform, police reform, youth violence prevention and green-collar jobs. With 400,000 members, Color of Change has become one of the nation’s most prominent online advocacy organizations focusing on African-American issues. Mr. Jones is also a Senior Fellow with Center for American Progress (CAP).

His inspiring and New York Times best-seller, The Green Collar Economy, is a substantive and viable plan for solving the biggest issues facing the country—the failing economy and our devastated environment. Al Gore says of him: “Van Jones demonstrates conclusively that the best solutions for the survivability of our planet are also the best solutions for everyday Americans.”