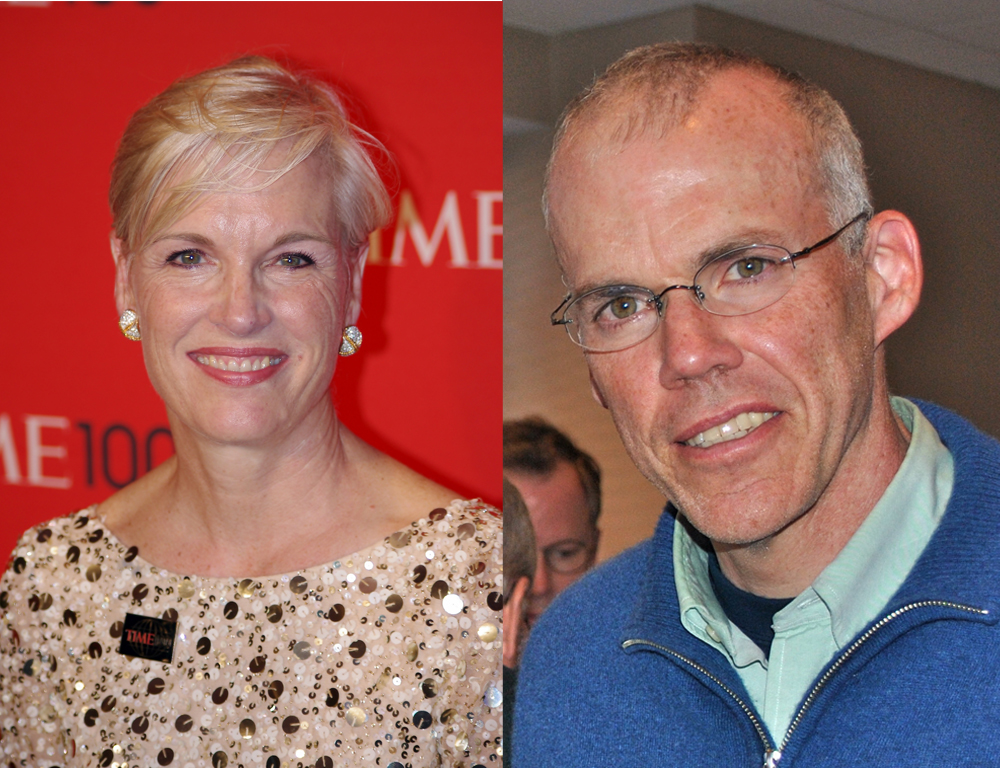 Cecile Richards serves as president of the Planned Parenthood Federation of America (PPFA) and the Planned Parenthood Action Fund, PPFA’s advocacy and political arm. She is a leader in national progressive politics with more than 30 years of experience working on behalf of social justice and reproductive freedom. Since February 2006, Ms. Richards has led Planned Parenthood to many significant achievements, including its success in ensuring FDA approval of over-the-counter status for emergency contraception, and the launch of a nationwide campaign to provide comprehensive, medically accurate sex education for all young people in the United States. Her yearlong tireless leadership in the fight for healthcare reform ensured that the bill, passed in March 2010, would strengthen women’s health overall and include access to reproductive healthcare. Ms. Richards leads a federation of 87 Planned Parenthood affiliates that manage more than 825 health centers nationwide, providing family planning and reproductive healthcare services, education, and information to millions each year.

Prior to joining PPFA, Ms. Richards served as the founder and president of America Votes, a coalition of 42 national organizations, including the Planned Parenthood Action Fund. America Votes was created to maximize voter registration, education, and mobilization among grassroots organizations. Fresh out of college, her first job was organizing low-wage workers in the hotel, healthcare, and janitorial industries throughout California, Louisiana, and Texas.

“I am humbled and honored to receive this award from The Nation Institute and The Puffin Foundation,” said Richards. “This prize honors the essential work that the entire Planned Parenthood community does on behalf of women’s health and rights throughout the United States and around the world. Most importantly, this very special prize recognizes the fact that there is still much work to do so that every woman has the right and the power to make the most basic choices for herself and to shape the course of her own life. When that day arrives, we will be much closer to achieving social justice for all.”

Bill McKibben, the Schumann Distinguished Scholar at Middlebury College, is an American environmentalist and author who frequently writes about global warming and alternative energy, and advocates for more localized economies. In 2010 The Boston Globe called him “probably the nation’s leading environmentalist” and Time magazine described him as “the world’s best green journalist”. In 2009, he led the organization of 350.org, which coordinated what Foreign Policy called “the largest ever global coordinated rally of any kind,” with 5,200 simultaneous demonstrations in 181 countries. The magazine named him to its inaugural list of the 100 most important global thinkers, and MSN named him one of the dozen most influential men of 2009.

Beginning his career at The New Yorker as a staff writer, he wrote much of the “Talk of the Town” column from 1982 to early 1987. His debut book, The End of Nature, was published in 1989 by Random House after being serialized in The New Yorker. It is regarded as the first book for a general audience about climate change. Subsequently, McKibben has authored another 12 books covering issues as diverse as genetic engineering to media culture to local economic development planning. In January 2007, he founded stepitup07.org to demand that Congress enact curbs on carbon emissions that would cut global warming pollution by 80 percent by 2050. With six college students, he organized 1,400 global warming demonstrations across all 50 states on April 14, 2007. Step It Up 2007 has been described as the largest day of protest about climate change in the nation’s history. McKibben is also a frequent contributor to various magazines, including The New York Times Magazine, The Atlantic Monthly, Harper’s, Orion Magazine, Mother Jones, The New York Review of Books, Granta, Rolling Stone, and Outside.

“I’m a beginner as an organizer; it’s a great honor to be included on this list of people who have changed America for the better. I am deeply grateful to The Puffin Foundation and The Nation Institute for this recognition of my work. I am even more appreciative that this award is representative of a shared conviction that now is a singular moment in our history for all people of good conscience to come together in defense of the planet. Our work has never been more urgent.”

The last six months have been busy and productive for 350.org

350.org has launched a global day of action that will culminate on September 24 – it’s called MovingPlanet. The goal is to get moving beyond fossil fuels—both symbolically by pouring into the streets in the thousands on foot, bicycle and other means of sustainable movement, and politically by bringing powerful demands to our leaders that day to move beyond fossil fuels to a 350ppm world. Mobilizing for individual and community solutions will continue to be important—but one of the main goals for Moving Planet is to demand government action, especially in places where governments are stalling on climate action despite the overwhelming urgency of the science..

They’ve also launched a large scale campaign against the US Chamber of Commerce which opposes every effort to stop climate change. High points so far include a huge (5,000-person) demonstration outside their Washington headquarters, and the defection of many local chambers of commerce from their network.

And in late August McKibben himself, launched the call for two weeks of nonviolent civil disobedience outside the White House in connection with a proposed pipeline form the tar sands of Alberta.

In February, the House Republican leadership initiated two potentially devastating attacks on women health: the complete elimination of the Title X family planning program, and the Pence Amendment which would prohibit Planned Parenthood from receiving any federal funding whatsoever and cause millions of low-income women to lose access to family planning and other vital reproductive health care services.

In response PPFA developed and executed the “I Stand with Planned Parenthood” campaign. Highlights included 300 events around the country, 46,000 patch-through calls to members of Congress and more than 825,000 signatures on our petition to Congress including many new to Planned Parenthood. Other high profile events included the Stand Up for Women’s Health Rally on April 7th in Washington D.C. After two months of intensive and unrelenting action, PPFA was able to defeat this egregious attack on women’s health.