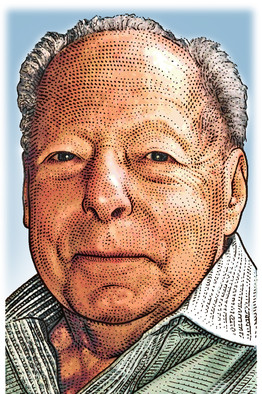 Donor of the Day

Grants for Artists Outside Mainstream

The Puffin Foundation Teams Up With the Nation Institute

Through his Teaneck, N.J.-based Puffin Foundation, Mr. Rosenstein, 88 years old, has as his mission to fund “as many different areas of expression as possible,” he says. Largely, he funds progressive or liberal work. The Bronx-native says that he attended his first protest as a boy atop his father’s shoulders.

“I happen to be one of many people that believes in our country and our democracy,” said Mr. Rosenstein. “I feel that if democracy is threatened, we are all threatened.”

On Monday, the Puffin Foundation and Nation Institute will award a $100,000 prize to Reverend Barry Lynn of Americans United for Separation of Church and State. The award will be given at the annual Nation Institute Gala in New York. Mr. Lynn’s work is being acknowledged because of his efforts to protect religious freedom.

The Puffin Foundation, with more than $14 million in assets split between two independent entities, were seeded with the fortune Mr. Rosenstein made in the Allen screw business. He got into the fasteners industry as a salesman. As he made the rounds on his accounts, he found several buyers who wanted diversity in Allen screws. He saw an opening in the market and began making screws in Japan.

As an outsider in the industry, he faced stiff competition in the business.

That experience has partly informed his interests in providing grants to artists and thinkers who do not usually secure grant money from more traditional foundations. He says he wants to make the fight a fair one.

Another area of inspiration for Mr. Rosenstein is the puffin, a bird that was endangered in the U.S.

Years ago, a number of groups joined together to protect the puffins and preserve their nesting habitat. He sees that collaborative effort, of which he was a part and provided funding to, as a model for society.

The Puffin Foundation interests are nationwide. The foundation has a named gallery at the Museum of the City of New York and supports a center for human rights at the University of Washington.

Hundreds of grants are given out annually and Mr. Rosenstein and his wife, Gladys Miller-Rosenstein, go to the foundation’s office daily. They use their lunch hours for business meetings so they can have 10 hours to the workday, said Mr. Rosenstein.

With such a large funding portfolio and deep interests in a variety of causes, is there anything Mr. Rosenstein doesn’t like? “Hypocrites, right-wingers, reactionaries,” he said.

Write to Melanie Grayce West at