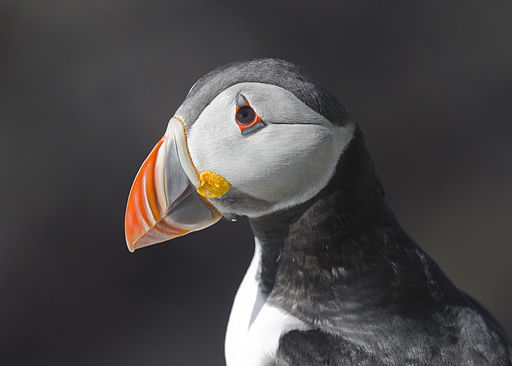 New York — On May 13, 2012, the Abraham Lincoln Brigade Archives will present the Second ALBA/Puffin Award for Human Rights Activism, in the amount of $100,000, to Fredy Peccerelli, Executive Director of the Guatemalan Forensic Anthropology Foundation, and Kate Doyle, Senior Analyst of U.S. policy in Latin America at the National Security Archive. The award ceremony will take place at the Museum of the City of New York.

“Both Doyle and Peccerelli are indefatigable defenders of human rights who have played a seminal role in the fight against impunity in Latin America,” said Sebastiaan Faber, Chair of the Abraham Lincoln Brigade Archives (ALBA).

A determined and creative researcher-activist, Doyle has spent twenty years working tirelessly with Latin American human rights organizations and truth commissions — in Mexico, Guatemala, El Salvador, Honduras and Peru— to obtain the declassification of U.S. government archives in support of their investigations.

Peccerelli is an innovative forensic anthropologist whose work has been instrumental to the first-ever conviction of Guatemalan military forces for crimes against humanity. As founding director of the Guatemalan Forensic Anthropology Foundation (FAFG), Peccerelli leads a team that, over the past fifteen years, has exhumed hundreds of mass graves filled with victims of Guatemala’s civil war.

The ALBA/Puffin Award for Human Rights Activism, one of the largest human rights awards in the world, is granted annually by ALBA and the Puffin Foundation.

“The award is designed,” said Puffin Foundation President Perry Rosenstein, “to give public recognition, support, and encouragement to individuals or groups whose work has an exceptionally positive impact on the advancement and/or defense of human rights. It is intended to help educate students and the general public about the importance of defending human rights against arbitrary powers that violate democratic principles.”

A courageous and innovative forensic anthropologist, Fredy Peccerelli has made crucial contributions to the first-ever conviction of Guatemalan military forces for crimes against humanity. As founding director of the Guatemalan Forensic Anthropology Foundation (FAFG), Peccerelli leads a team that, over the past twenty years, has exhumed hundreds of mass graves of victims from Guatemala’s Internal Conflict.
Using cutting-edge scientific tools, he has been able to identify victims of the Guatemalan genocide, gathering evidence for use in court and also providing closure to family members. Peccerelli has also created a national DNA database for the identification of victims of forced disappearance. When Fredy was nine, his own family was forced to flee Guatemala for the Bronx, after his father received death threats.
In 1999 Peccerelli was named by Time Magazine and CNN as one of the fifty Latin American Leaders for the New Millennium.In 2006 he was the recipient of the Washington Office on Latin America (WOLA)’s Human Rights Award and in 2008 he received the Heinz R. Pagels Human Rights of Scientists Award from the New York Academy of Sciences for his work. Like Kate Doyle, Peccerelli’s work was also featured in the award-winning documentary Granito, by Pamela Yates and Paco de Onís, which narrates his involvement as a forensic expert in the efforts to seek justice for crimes against humanity.
The Guatemalan Forensic Anthropology Foundation (www.fafg.org) is an autonomous, non-profit, technical and scientific NGO. Its aim is to strengthen the Guatemalan justice system and respect for human rights by gathering evidence, investigating, documenting, and raising awareness about past instances of human rights violations, particularly massacres and extrajudicial killings that occurred during Guatemala’s 36- year-long Internal Armed Conflict. Its main tools in pursuing this goal are the application of forensic anthropology, forensic archaeology and forensic genetic (DNA) techniques in exhumations of clandestine mass graves and the analysis of the remains of victims from the Internal Conflict.

The Abraham Lincoln Brigade Archives (ALBA)
During the Spanish Civil War (1936-1939) nearly 40,000 men and women from 52 countries, including 2,800 Americans, traveled to Spain to join the International Brigades to help fight fascism. The U.S. volunteers came to be known collectively as the Abraham Lincoln Brigade. Founded in 1979, The Abraham Lincoln Brigade Archives (ALBA) is a non-profit educational organization that promotes public awareness, research and discussion related to that war and its historical, political, artistic and biographical significance. ALBA has also preserved and cataloged the letters, pamphlets, posters, writings and photographs of the period. The Archives are housed at New York University’s Tamiment Library and are used by scholars and students from all over the world. ALBA also presents cultural and educational programs for high school teachers, working to preserve the legacy of progressive activism of the Abraham Lincoln Brigade as an inspiration for present and future generations.