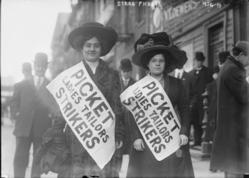 Activist New York, the inaugural exhibition in the Museum’s new Puffin Foundation Gallery, will examine the ways in which ordinary New Yorkers have advocated, agitated, and exercised their power to shape the city’s – and the nation’s – future. Centuries of activist efforts, representing the full spectrum of political ideologies, will be illuminated through a series of installations featuring 14 New York movements ranging from the mid-17th century to today.

The exhibition will feature historic artifacts and images from the Museum’s celebrated collection as well as pieces on loan from other collections, along with interactive elements that enable visitors to explore and express their own views. For the first three weeks of the exhibition attendees will have a chance to view the original “Flushing Remonstrance,” the 1657 landmark document protesting restrictions against Quakers in New Amsterdam.

Susan Henshaw Jones, Ronay Menschel Director of the Museum said, “An understanding of New York City’s historic distinctiveness is incomplete without grasping the motivations and issues for which activists have struggled and fought to bring about change. Virtually every aspect of life in the city has been affected by the actions of passionate and committed New Yorkers who have not been content with the world as they found it. We are enormously grateful to the Puffin Foundation for enabling the Museum to tell the stories of New Yorkers who demonstrated their passion publicly and in great numbers.”

The Puffin Foundation Gallery is situated in a newly renovated and climate-controlled 2000 square foot south gallery on the Museum’s second floor, and named for the foundation that has supported the gallery with a gift of $3.25 million.

Activist New York begins and ends with questions of religious freedom, from the struggle for religious tolerance in Dutch New Netherland, to today’s debate over a Muslim Cultural Center near Ground Zero. In between, the exhibition examines a wide range of social movements that transformed laws and assumptions regarding race, gender, class, sexuality, economic justice, and other issues.

The exhibition unfolds through a series of 14 examples of New York activism:

1. Let Us Stay: The Struggle for Religious Tolerance in Dutch New Netherland, 1650-1664
The exhibition features the Flushing Remonstrance, one of the earliest arguments for religious liberty and tolerance in American history.

2. Beware of Foreign Influence: Nativists and Immigrants, 1830-1860
This section explores efforts to prohibit or limit immigration and contain its impact on 19th-century New York. Nativists fought to curtail the largely Catholic immigrant community’s access to citizenship, the vote, and public office. The section also illustrates the ways Catholic New Yorkers combated nativism by establishing their own independent institutions to support their community.

3. What Has New York to Do with Slavery? 1827-1865
While New York City was a center of the abolitionist movement, it was also home to many people who sided with the Southern slave owners. This conflict was dramatically revealed in the Draft Riots of July 1863, where the issues of class and race came to a head in a harrowing, violent confrontation. The exhibition chronicles the efforts of both sides of the debate.

4. New York is the Battleground: Woman Suffrage, 1900-1920
In the early 20th century, New York became the epicenter for organizational activity of the national woman suffrage movement, with suffragists pioneering new methods of behind-the-scenes organizing and media-savvy publicity. The installation also documents the movement against woman suffrage through anti-suffrage images and messages published by a New York lithograph firm.

5. Houses of Welcome: The Settlement House Movement, 1890-1925
Immigrants in New York at the turn of the 20th century faced overcrowding, illness, and poverty. This section of the exhibition shows how a new type of agent for change—the settlement house worker—combated those conditions by moving into slum neighborhoods to provide instructions in parenting, health, and citizenship.

6. I Am a Working Girl! Upheaval in the Garment Trades, 1909-1915
This installation examines the events that led to reform and improvement of deplorable workplace conditions, including the 1909 “Uprising of the 20,000,” an industry-wide strike by workers affiliated with the fledgling International Ladies’ Garment Workers Union, and the 1911 Triangle Waist factory fire tragedy.

7. Art for the Masses: An Activist Theater, 1930-1945
This movement looks at the politically engaged New York theater groups that used their art to confront Depression-era poverty, labor exploitation, political corruption, racial tension, and the rise of Fascism and Nazism in Europe.

8. We Shall Not Be Moved: New York and Civil Rights, 1945-1964
This installation reveals New York City’s role in the early Civil Rights struggle of the post-World War II era, from the “Boycott Jim Crow” and anti-lynching movements through the emergence of CORE and SNCC, to the Black Power era of the mid-1960s.

9. What’s Wrong with New York? Conservative Activism, 1962-1973
This segment of the exhibition looks at groups, such as “Parents and Taxpayers,” that were unhappy with a leftward drift in the city and blamed it for an increase in disorder, crime, and the swelling municipal budget. Many joined a new third party, the Conservative Party of New York, formed in 1962.

10. Stop the Wrecking Ball! Preserving Historic New York, 1955-1970
This case study shows how the loss of some of the city’s greatest cultural and architectural landmarks fed the efforts of the early historic preservation movement and eventually led to the creation of New York’s groundbreaking Landmarks Preservation Law.

11. “Gay Is Good”: Civil Rights for Gays and Lesbians, 1969-2012
This installation shows how the Stonewall Riots galvanized the modern gay rights movement in New York and led to the creation of Gay Men’s Health Crisis, ACT UP, and other organizations. The installation brings the story up to date with the successful campaign to secure the legalization of gay marriages in New York State.

12. “Don’t Move, Improve”: Reviving the South Bronx, 1970-2012
The South Bronx became an international icon of urban blight in the 1970s. This section of the exhibition examines grassroots advocacy groups, community organizations, and church congregations that took ownership of the rebuilding of their neighborhoods into livable, affordable communities.

13. Love Your Lane: Bicycle Advocacy, 1965-2011
Amid concerns about ecology, traffic congestion, and pollution, pioneering activists lobbied for changes in the traffic laws. Today, as part of the Bloomberg administration PlaNYC’s effort to build a greener, more sustainable city, bike lanes proliferate, as does agitation against for and against them, as this installation documents.

14. Park51: 2010-2012
This section provides a detailed exploration of the controversy over the construction of an Islamic cultural center near Ground Zero in Lower Manhattan, which is reminiscent of the long and turbulent saga of activism surrounding issues of religious expression in New York City.

Interactive elements throughout the exhibition will provide opportunities to dig more deeply and bring the historic stories up to date. A series of touch screens will present a timeline of the history of activism in the city, with more than two hundred examples ranging from slave revolts of the 18th century to the Newsboys’ Strike of 1899 to the woman behind the movement that led to New York’s 1978 “pooper scooper” law. Additional kiosks with touch screens invite visitors to explore the work of contemporary activist groups and send email messages to these groups expressing the visitors’ views on current activism. In addition, members of the general public may submit photographs of contemporary activist in the city to a photo blog housed on the Museum’s website (http://www.mcny.org) and carried live in the Puffin Foundation Gallery.

ABOUT THE MUSEUM OF THE CITY OF NEW YORK

Founded in 1923 as a private, nonprofit corporation, the Museum of the City of New York celebrates and interprets the city, educating the public about its distinctive character, especially its heritage of diversity, opportunity, and perpetual transformation. The Museum connects the past, present, and future of New York City, and serves the people of the city as well as visitors from around the world through exhibitions, school and public programs, publications, and collections. 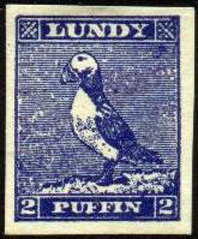