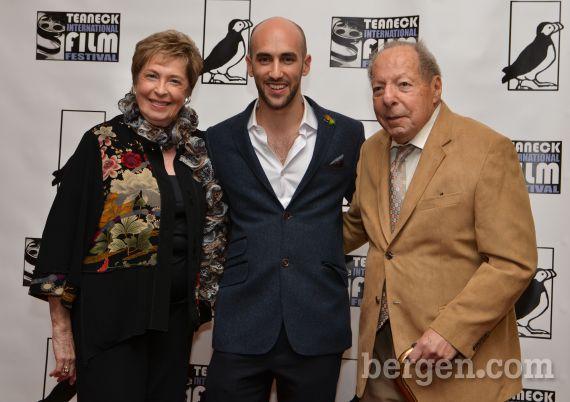 When Perry Rosenstein and Gladys Miller-Rosenstein decided to put down roots in Teaneck, they made a commitment not just to grow The Puffin Foundation there, but to participate in and enrich the community, too. Over the last three decades, Puffin has supported existing local institutions, helped build new ones, and has developed abiding relationships with many of the people who make Teaneck what it is. In this month’s Spotlight, we’re focusing on some of our favorite and most significant Teaneck-based grantees.

We’re delighted that the Teaneck International Film Festival was back in 2021 for its 16th year with a blend of in person and virtual programming, after being entirely virtual in 2020. The Festival is a self-managed, independent Puffin project and, under the exceptional direction of Jeremy Lentz, attracts over 3000 attendees annually. The series was established by Perry, who also encouraged its direction: to feature the stories of activists and activism that challenge, inspire, and entertain. In coordination with The Puffin Cultural Forum (see below)  TIFF also presents free of charge Indie Lens “Pop Up” screenings of the best new documentaries and talk-back events in partnership with PBS and Indie Lens. Register for upcoming screenings here and check out two upcoming films at the bottom of this newsletter.

For close to 20 years, The Foundation has had the pleasure of supporting students in Teaneck public schools. SuperStrides makes possible after-school enrichment programs across the district via long-standing providers like Hobby Quest of North New Jersey, led by Boaz Givon.  Puffin support provided musical instruments to the Strings Program in the Teaneck High School. We’ve also made possible educational programs and public transport for field trips in Teaneck’s public schools. This year, Puffin is delighted to be continuing our support of The Kid’s Chronicle, a student-led and created news magazine serving Teaneck’s middle schoolers.  Puffin has also funded a summer program for students through the Teaneck Creek Conservancy. And in 2022, a new scholarship in Perry’s name will be established for college students who wish to pursue a degree in music, through the Community Scholarship Fund of Teaneck.

Other Teaneck community institutions supported by Puffin (currently or in the past) include:

Since the beginning of the War on Drugs, the number of women in U.S. prisons has grown drastically. The majority are mothers.

Three unforgettable formerly incarcerated mothers, jailed for drug-related charges, fight to overcome alienation—and a society that labels them “felons”—to readjust to life with their families.

In a male-dominated media landscape, the journalists of India’s all-female Khabar Lahariya (“News Wave”) newspaper risk it all, including their own safety, to cover the country’s political, social, and local news from a women-powered perspective. From underground network to independent media empire—now with 10 million views on their YouTube site—they defy the odds to redefine power.